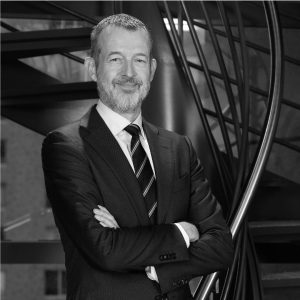 Boudewijn Siemons is Chief Operating Officer (COO) at the Port of Rotterdam Authority. Boudewijn Siemons manages departments which are responsible for the expansion and maintenance of the port and industrial complex and the Harbour Master’s Division.

Boudewijn Siemons has a degree in Mechanical Engineering. Until recently, Siemons served as President of Royal Vopak’s Americas division. After graduating from the Koninklijk Instituut voor de Marine (Netherlands Defense Academy), Siemons started his career in 1987 at the Royal Netherlands Navy, where he worked until 1998. From 1998 to 2006, Siemons fulfilled various management positions at Royal VolkerWessels. In 2006 he moved to Vopak, where he worked in a number of management roles in Europe, the Middle East and America.

As of 1 October 2020, the Port of Rotterdam Authority’s Executive Board will be made up of CEO Allard Castelein, CFO Vivienne de Leeuw and COO Boudewijn Siemons.