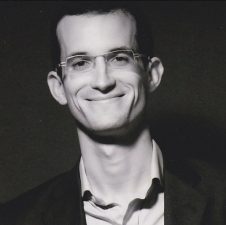 Stéphane Hallegatte is the lead economist of the World Bank Climate Change Group. […]